Take a stroll around Lake Merritt this spring and have our friendly docents help you learn about the birds! Golden Gate Audubon Society volunteers will be stationed on the north edge of the lake (near the nesting islands and Rotary Nature Center) every other Saturday from 10 a.m. until noon:

Originally an arm of San Francisco Bay, Lake Merritt  was designated as a wildlife refuge by the state Legislature in 1870 — the first wildlife refuge in the country. At that time, the lake still had thick wetlands ringing its shores and providing habitat for thousands of water birds. 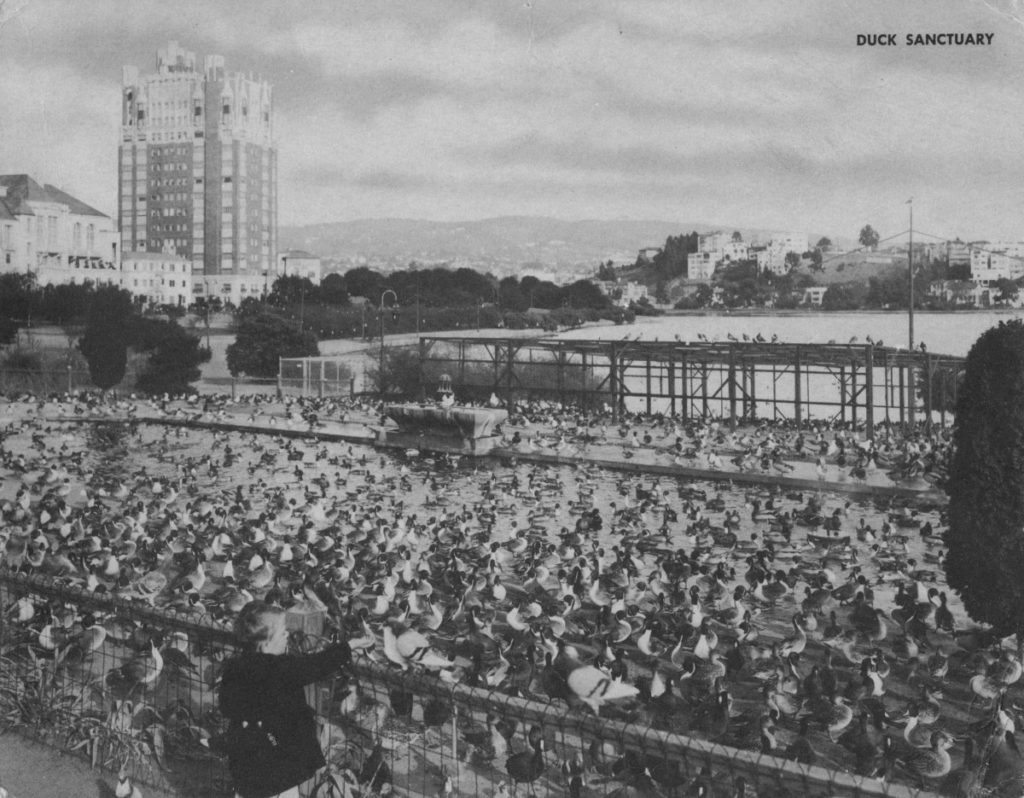 The late Paul Covel, a Golden Gate Audubon activist, became the City of Oakland’s first naturalist in the mid-20th century and oversaw construction of a sanctuary for injured birds at the lake and construction of the Rotary Nature Center.

Today the lake is healthier than in past decades, since bond funds allowed the city to widen the channel connecting it to the Bay and admit more tidal flows. Species commonly found at the lake include Double-crested Cormorants, Black-crowned Night-Herons, Snowy Egrets, Ruddy Ducks, Buffleheads, Greater and Lesser Scaups, White Pelicans, and grebes.

Read more about Lake Merritt’s birds and history on our blog. Then come out and visit with our docents!