Pam Young, Executive Director, is an aviculturist, birding guide, and environmental law specialist who worked for many years as a bird curator at zoos including the Toledo Zoo and Dallas Zoo. Her skills with birds include rescue and rehabilitation, reproduction in captivity for re-population programs, and falconry. As a member of several working groups, Pam participated in the recovery of the California Condor, proposals for breeding and reintroducing the Black-capped Vireo, field studies on Prairie Falcons, and behavioral studies of breeding Roseate Spoonbills. Among her consulting activities, Pam was a reviewer of the Wild Bird Conservation Act for the U.S. Dept. of Fish & Wildlife and a member of the International Advisory Committee for the National Avian Research Centre in Abu Dhabi. She studied avian ecology as an undergraduate and earned a J.D. in Environmental Law from Vermont Law School. 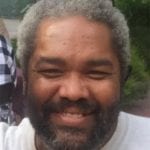 Youth Programs Manager, joined Golden Gate Audubon in 2017. He is an environmental educator and professional artist who became a naturalist and birder as a child, although he didn’t get his first pair of binoculars until graduating from high school. Clay worked his way through San Jose City College, then transferred to San Jose State University, graduating with a B.A. in Drawing and Painting. He has worked with a number of environmental education organizations, including California State Parks and Recreation, East Bay Regional Park District and The Oakland Museum. 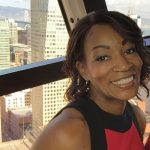 Meshay Turner is the Operations Manager at Golden Gate Audubon Society. She is a Bay Area native who is passionate about family, music, culture, and community. Her goal is to maintain superb professionalism alongside assisting others, whether at work or in her daily life. Meshay studied management at Laney College. She applies over 10 years of experience to her position at GGAS, including management experience at Pacific Maritime Association and Tesla. Working at GGAS allows Meshay to make an impact on environmental conservation, another one of her passions. She is also a full time, proud aunt who is helping her nieces and nephews learn the importance of conservation. 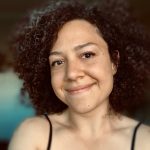 Melissa Ramos is a second generation Dominican-American writer from NYC who holds an MFA in Technical Writing and Poetry from California College of the Arts. She is as passionate about the literary arts as she is about birds. Her goal as GGAS’s Communications Manager is to demystify birding for people of color. With career experience ranging from teaching ESL to advertising to writing and directing commercials, Melissa understands the power of storytelling. She hopes to amplify the voices of birders of color through GGAS blogs, social media, and events promotion. Melissa is also a practicing judoka and enjoys many athletic pursuits. Her favorite birds include the Great-Horned Owl, Mourning Doves, and Sanderlings.